Irina Shayk and Bradley Cooper were together for 4 years, during which time they became parents to 2-year-old daughter Lea De Seine. The 44-year-old actor split from his 33-year-old supermodel wife in June of this year, and they are “amicably working out” a shared custody agreement for their daughter, according to People Magazine.

“Things get a little bit better but then they find themselves back in the same place of questioning whether being a couple is what’s best. They want to stay together for their daughter, but neither of them is very happy,” an insider told E! News, “They have a lot invested and it’s very difficult to completely walk away from.” 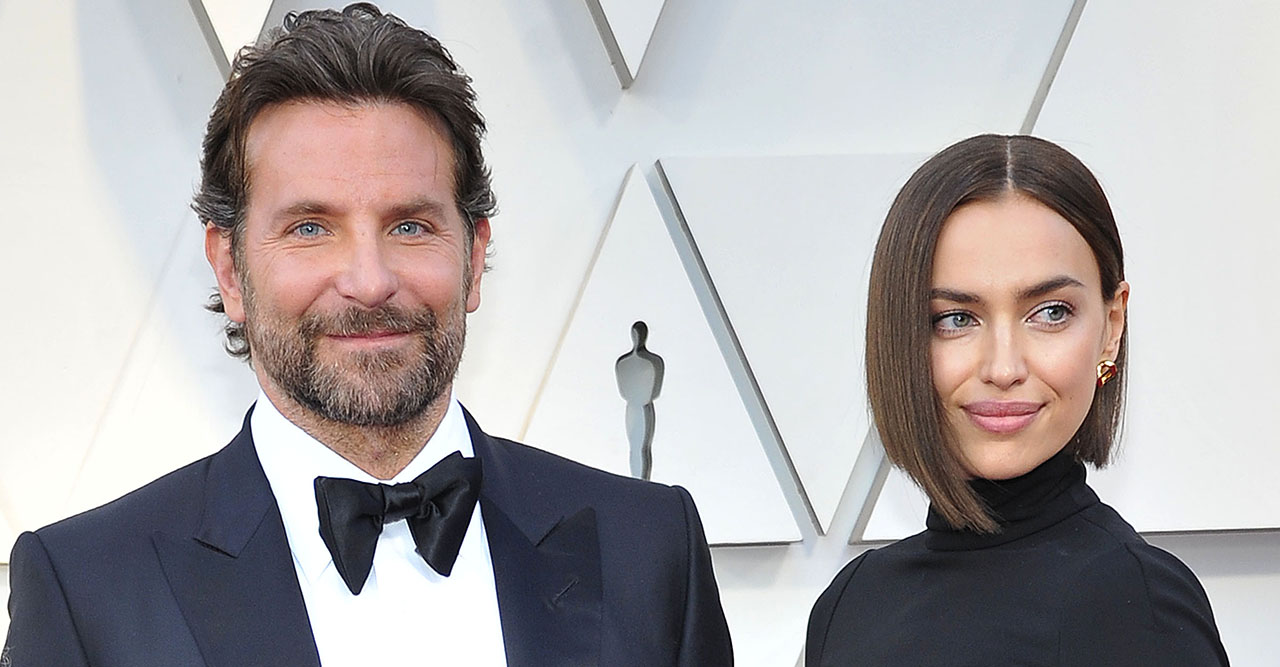 There were rumors that Camila might be involved with Shawn Mendes following the release of their single and very steamy music video, but Hollywood Life has reported that that’s certainly not the case. “She is focused on her career and [Matthew] wanted to settle down a little more and they just couldn’t meet in the middle,” a source explained. “There was no huge fight or anything scandalous — it just didn’t work out.” 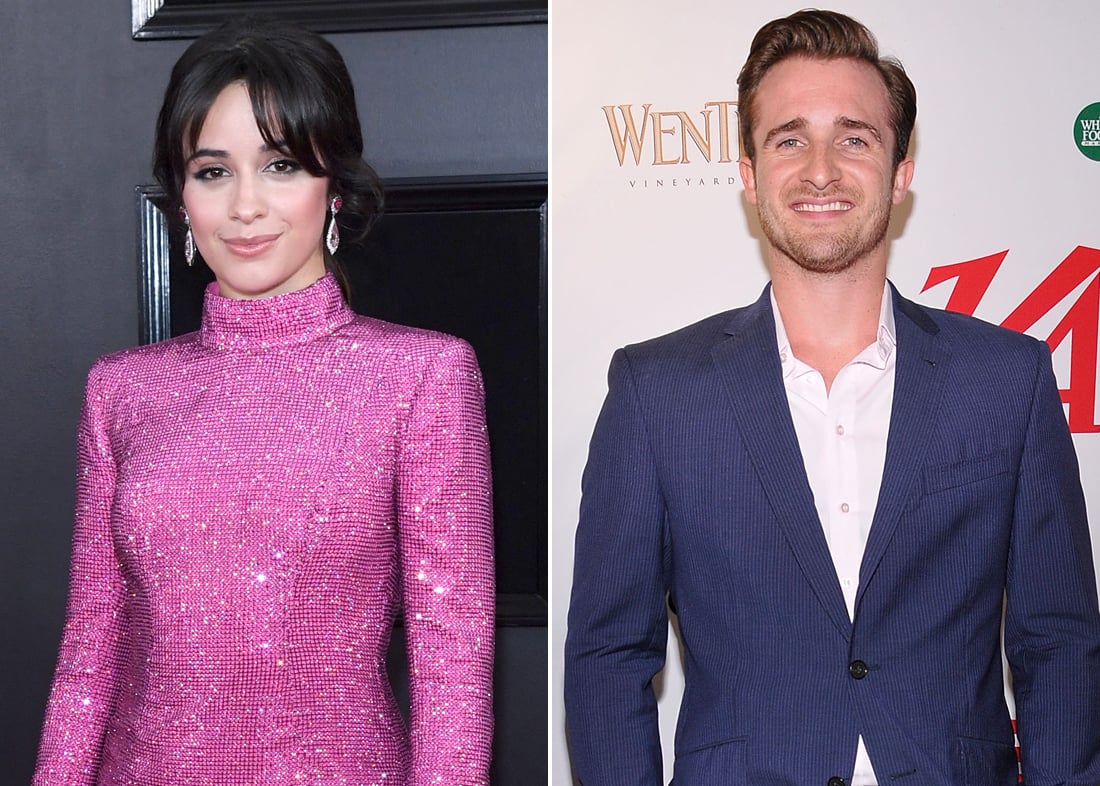 Rumors about Lady Gaga dating CAA talent agent Christian Carino emerged in early 2017. The following year, Lady Gaga publicly confirmed their engagement during a speech on October 2018. Reportedly, it was Gaga that broke it off with her beau just before the Oscars, and rumors have it that it was because of Christian’s jealous streak!

“He was jealous,” a source told Us Weekly. “He was trying to find her all the time and texted her a lot. Her friends didn’t like him either.” 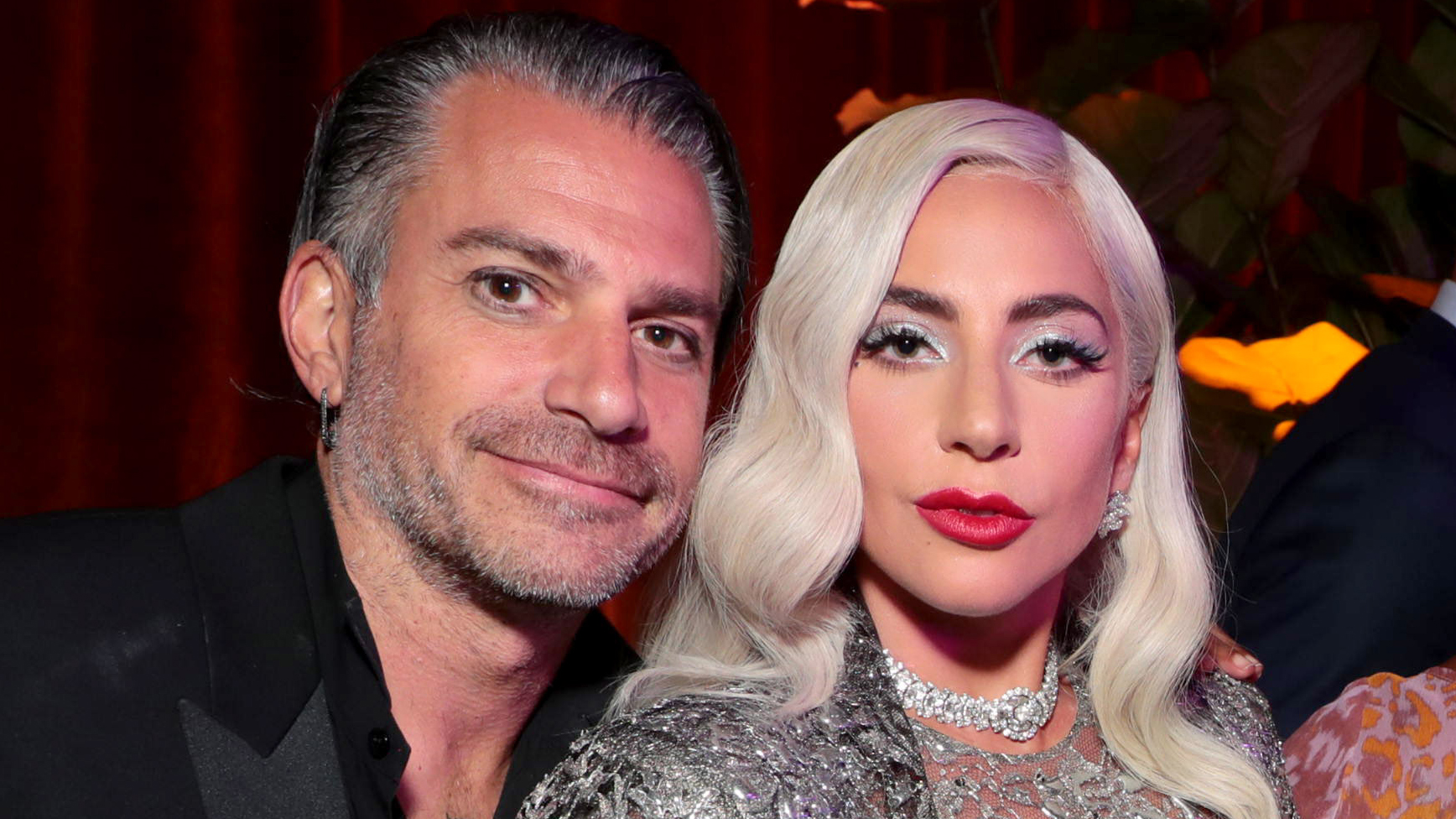 The news of Adele and ex-husband Simon Konecki’s split came over Easter of this year, reported by the Associated Press. The couple were married for two years, and are loving parents to Angelo, their 6-year-old son. The split was amicable and the couple is working together to finalize the divorce agreements.

Adele’s rep also released a statement to the press: “Adele and her partner have separated. They are committed to raising their son together lovingly. As always they ask for privacy. There will be no further comment.” 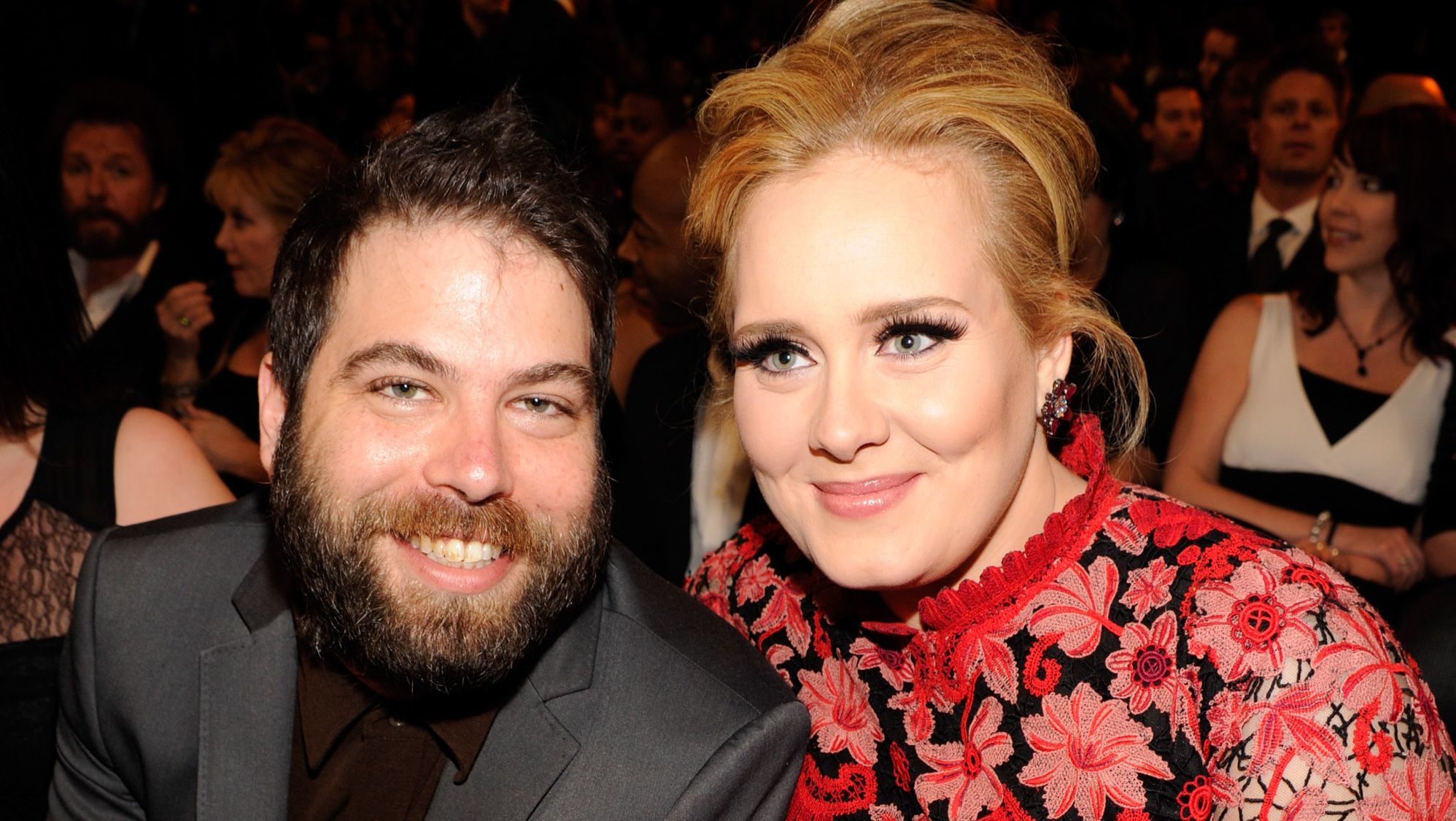 Pitch Perfect co-stars Anna Camp and Skylar Astin were married for 2 and half years before they decided to split in April of this year. The reason for their breakup is still unknown, but we do know they stopped following each other on Instagram. Skylar also cited “irreconcilable differences” as the reason for divorce but did not ask for any spousal support.

They made a joint statement to People magazine, reading: “We can confirm that we have decided to separate, and this decision was made mutually and amicably. We kindly ask for privacy as we navigate this transition.” 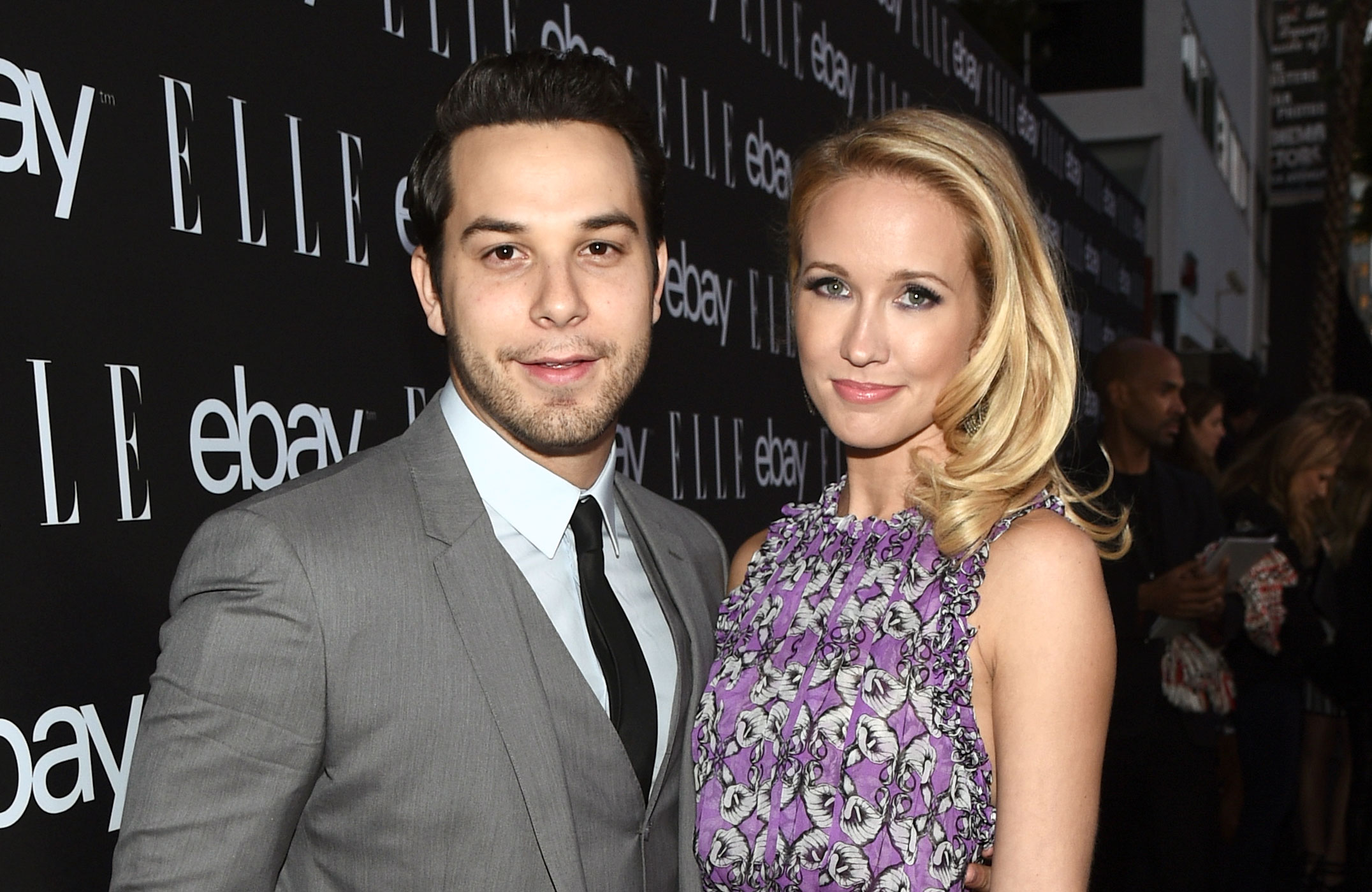 The singer and supermodel’s relationship has been on a rollercoaster ride to follow. They first began dating in November 2015, and have since broken up and gotten back together several times. The last time they broke up was in March 2018, but they were back together only a few months later. It seems they’ve decided to end things for good, though, since January of this year.

A source told Us Weekly: “They tried to make it work, and Gigi focused all her time and energy on [Zayn], but it just got to be too much.” 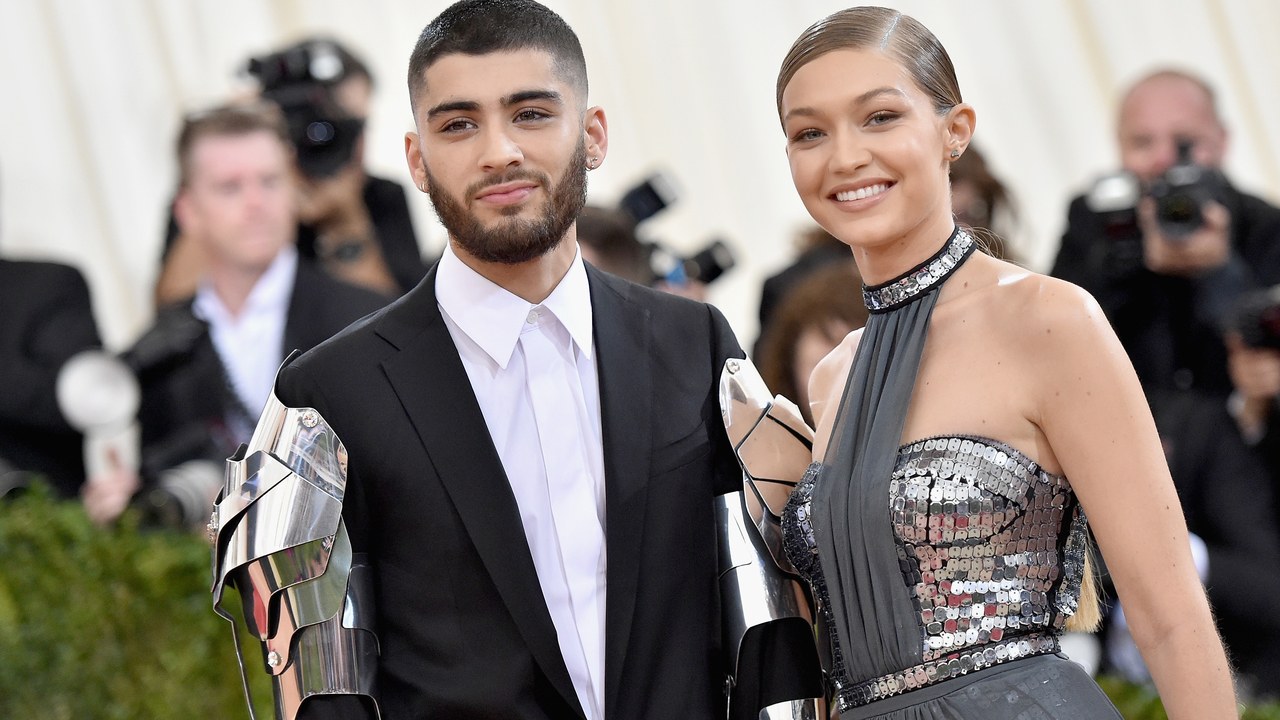 Award-winning actress Brie Larson was in a relationship with the lead singer of Phantom Planet, Alex Greenwald for 5 years. The couple had announced their engagement and were well into planning their wedding when they suddenly decided to call it quits. The reason for their breakup is yet unknown, but the couple is no longer active on each other’s Instagram accounts.

According to People magazine, “They have taken a step back from their engagement for the time being but they remain close.” 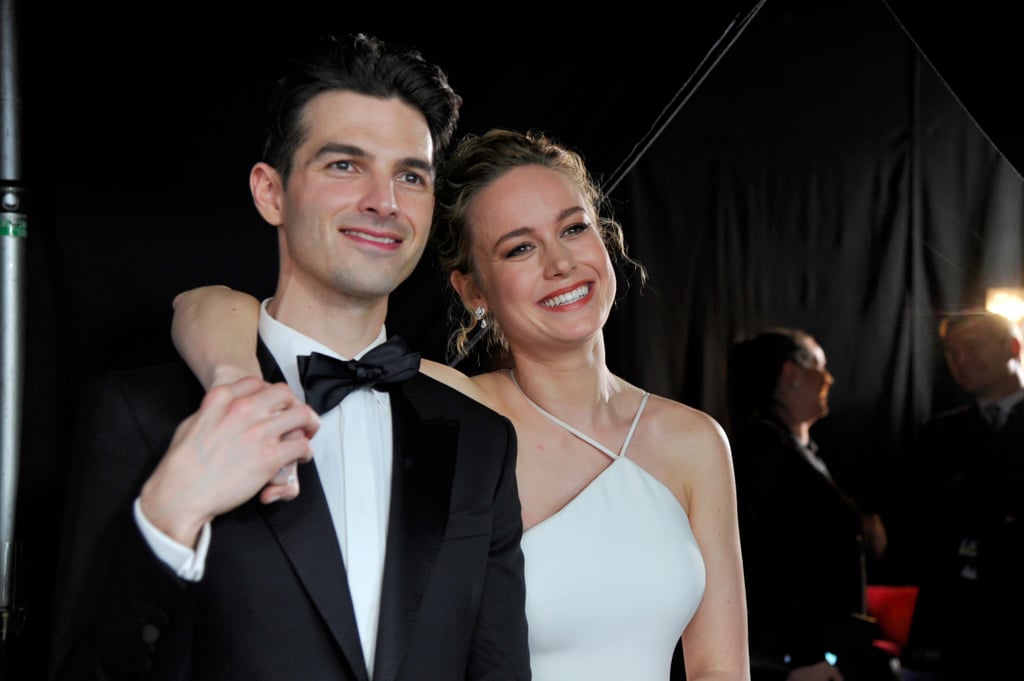 Liam Hemsworth and Miley Cyrus seemed to prove the nay-sayers wrong when they tied the knot in a private ceremony in Tennessee on December 2018 after a 10-year relationship of being on-again-off-again. But shockingly, the couple has confirmed the news of their split just a while ago in August 2019, just 7 short months after.

What’s even more surprising is that the reason for their split was apparently that Miley was getting tired of Liam’s partying. In a song that Miley dropped suddenly only days after the breakup called “Slide Away”, she seemingly confirms this with lyrics like “Move on, we’re not 17 / I’m not who I used to be / You said that everything changed / You’re right we’re grown now,” and “I want my house in the hills / Don’t want the whiskey and pills / I don’t give up easily / But I don’t think I’m down.” 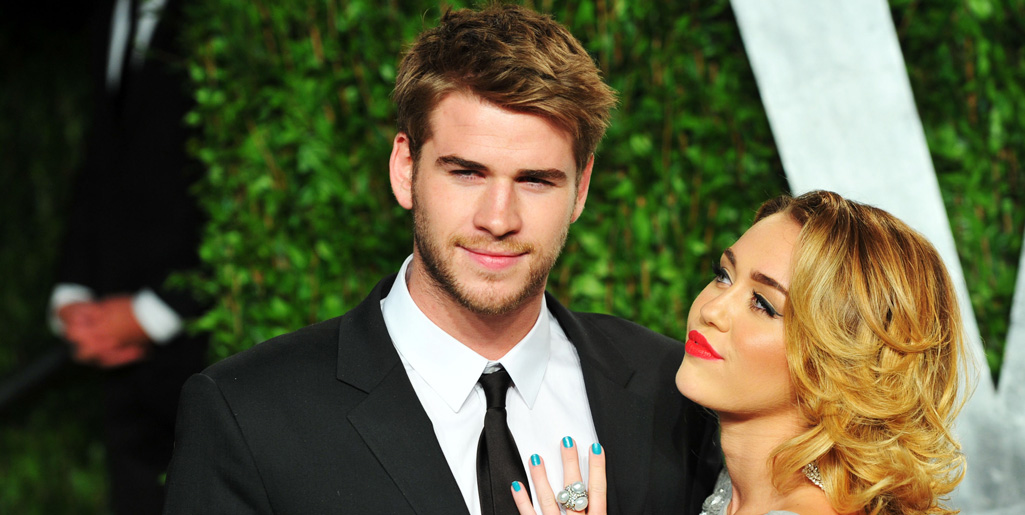 Kardashian step-brother and The Hills star Brody Jenner married Kaitlyn Carter in a beautiful ceremony in Indonesia in 2018. But in August 2019, just a year later, the couple have announced their breakup, revealing that they were never married. Their representatives released and joint statement to People magazine: “Brody Jenner and Kaitlynn Carter have decided to amicably separate. They love and respect one another, and know that this is the best decision for their relationship moving forward.”

After Carter received some negativity on the interwebs, Jenner came to her defense. “There is far too much negativity being directed at someone who I love and care about very much,” he wrote, “I feel the need to set the record straight.” Seems like this couple has still got each other’s backs even if they’ve broken up! 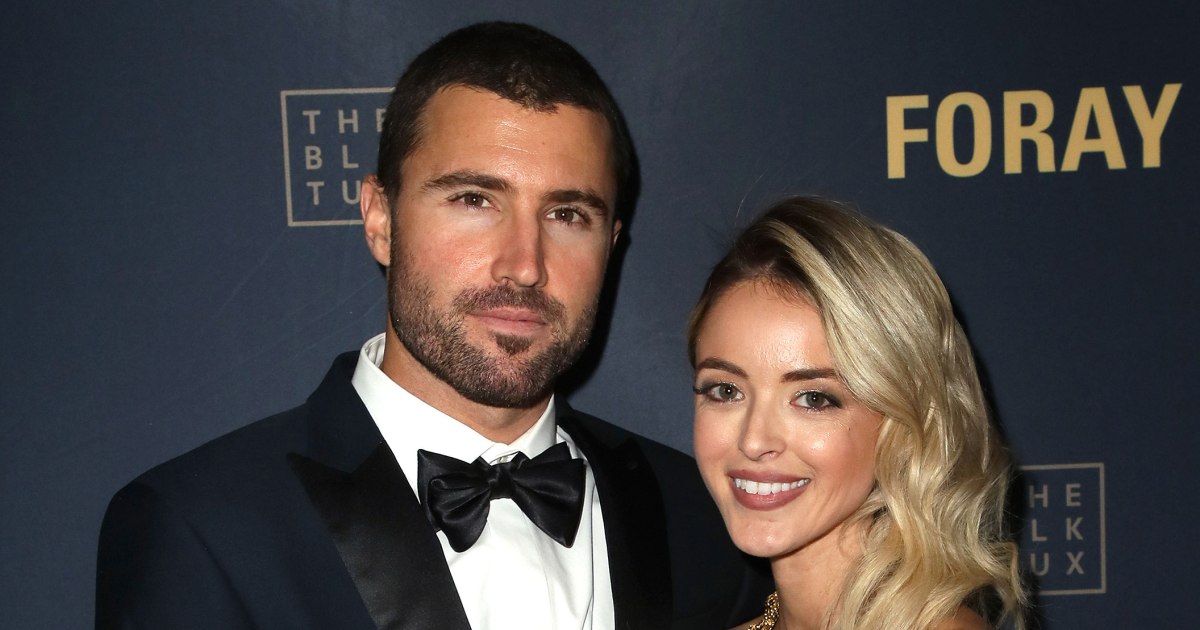 Co-stars of the hit TV show How to Get Away With Murder Charlie Weber and Liza Weil share as much chemistry on screen as they do off of it. We hope their amazing scenes together aren’t any different going forward, since the couple has announced their split in February 2019.

But according to Weber, we may not have to worry about that. “Liza and I share an amazing relationship rooted in love and respect. That relationship has found its way back to the great friendship we’ve always had. We will continue to support each other and will always love working together,” he said in an interview with People Magazine. 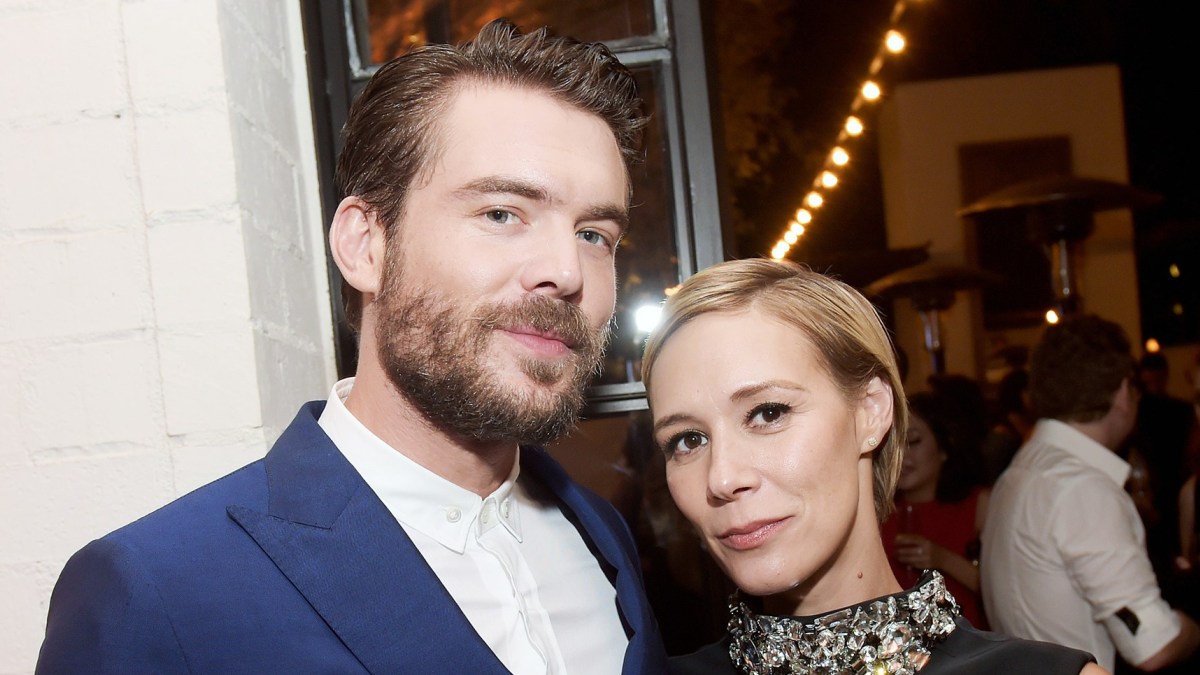 Khloe Kardashian was in a 3-year on-again-off-again relationship with NBA star Tristan Thompson. The couple is the parents of 1-year-old daughter True. Following a breakup, the couple got back together in 2018. Only 9 months later, they broke up again amidst rumors that Tristan was cheating on Khloe. What was even more shocking was that it was revealed that Jordyn Woods, Kylie Jenner’s best friend, was the “other woman”.

Khloe is still healing from the breakup, but she did invite him to True’s first birthday party only a couple months later. “I didn’t [invite him] because I thought she was going to remember this first party… [but] I know [True is] going to want to look back at her childhood memories like we all do,” She said, “I know her dad is a great person. I know how much he loves and cares about her, so I want him to be there. It was civilized, and we did it.”

TV personality Ryan Seacrest met model, fitness and health guru Shayna Taylor in 2013 through the mutual friends. The couple hit it off immediately and have been in an on-again-off-again relationship ever since.

But while everyone was expecting the news of an engagement, there came the announcement of their split in February 2018. Allegedly, while Shayna was ready to take their relationship to the next level, Ryan felt marriage would clash with his busy lifestyle. Oh, Ryan, why? 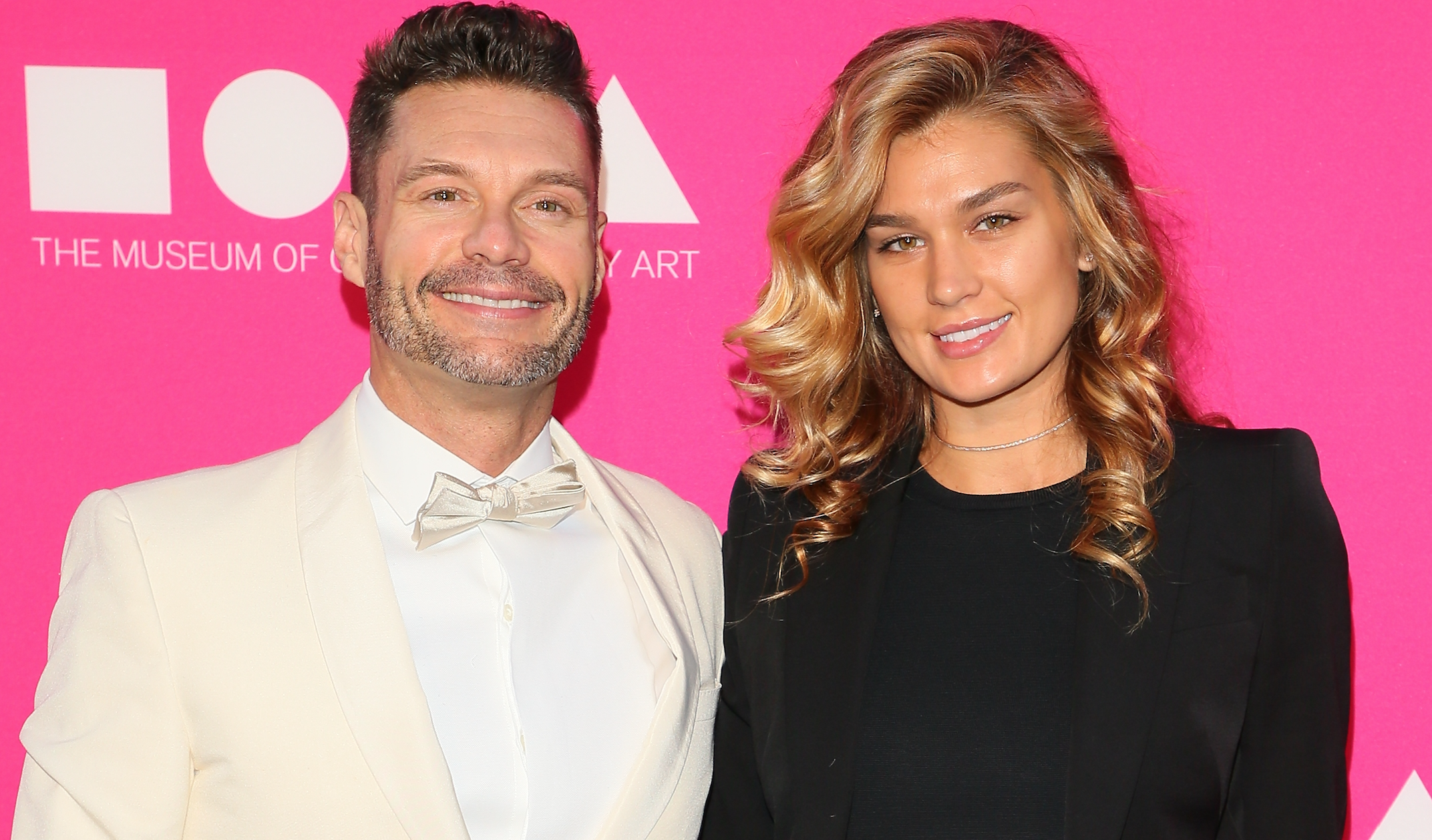 Emma Roberts and Evan Peters had been dating since 2012 before calling things off in March 2019. The couple had moved in together and even gotten engaged! Although they have already been through a couple of breakups, this time it seems to be for good, since Emma has even begun dating someone else (Garrett Hedlund).

According to Us Weekly, a source close to them reported that “Emma and Evan were heading for a split and now are just friends.” Furthermore, they added, “Evan has moved out. It wasn’t a bad breakup.” 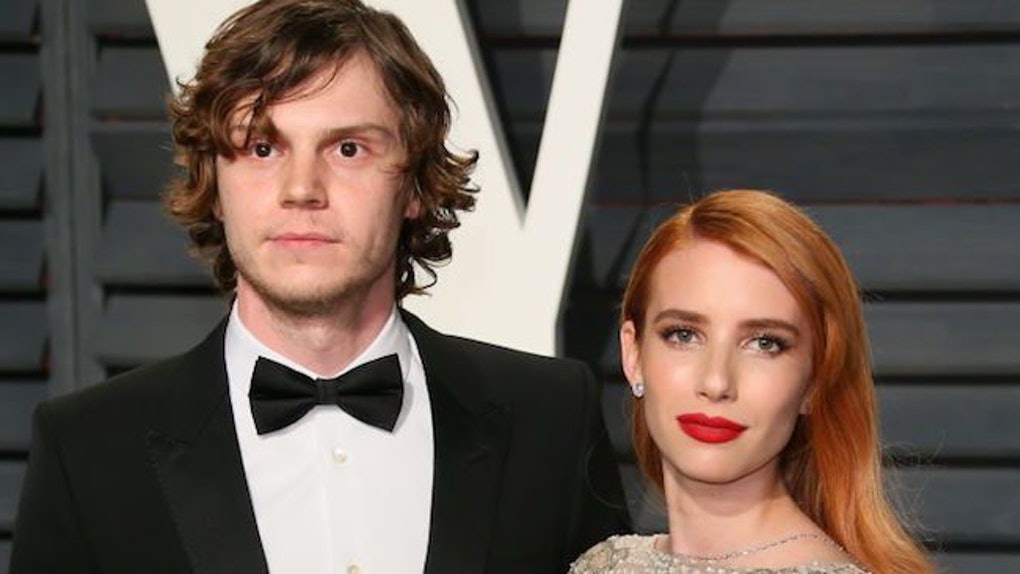 Another couple that has seen their ups and downs is Ben Affleck and Lindsey Shookus. They have been dating on and off since 2015. They broke up in August 2018 due to Affleck’s struggle with alcoholism, but only six months later, they seemed to have found their way back to each other.

In April of this year, only 2 months after they’d gotten back together, they had called things off once again. And this time, it seems to be for good, since the couple has found living in different cities to be too much of a strain on their relationship. “While they love and respect each other,” a source told People magazine, “they just realized it wasn’t going to work. They really gave it another try.” 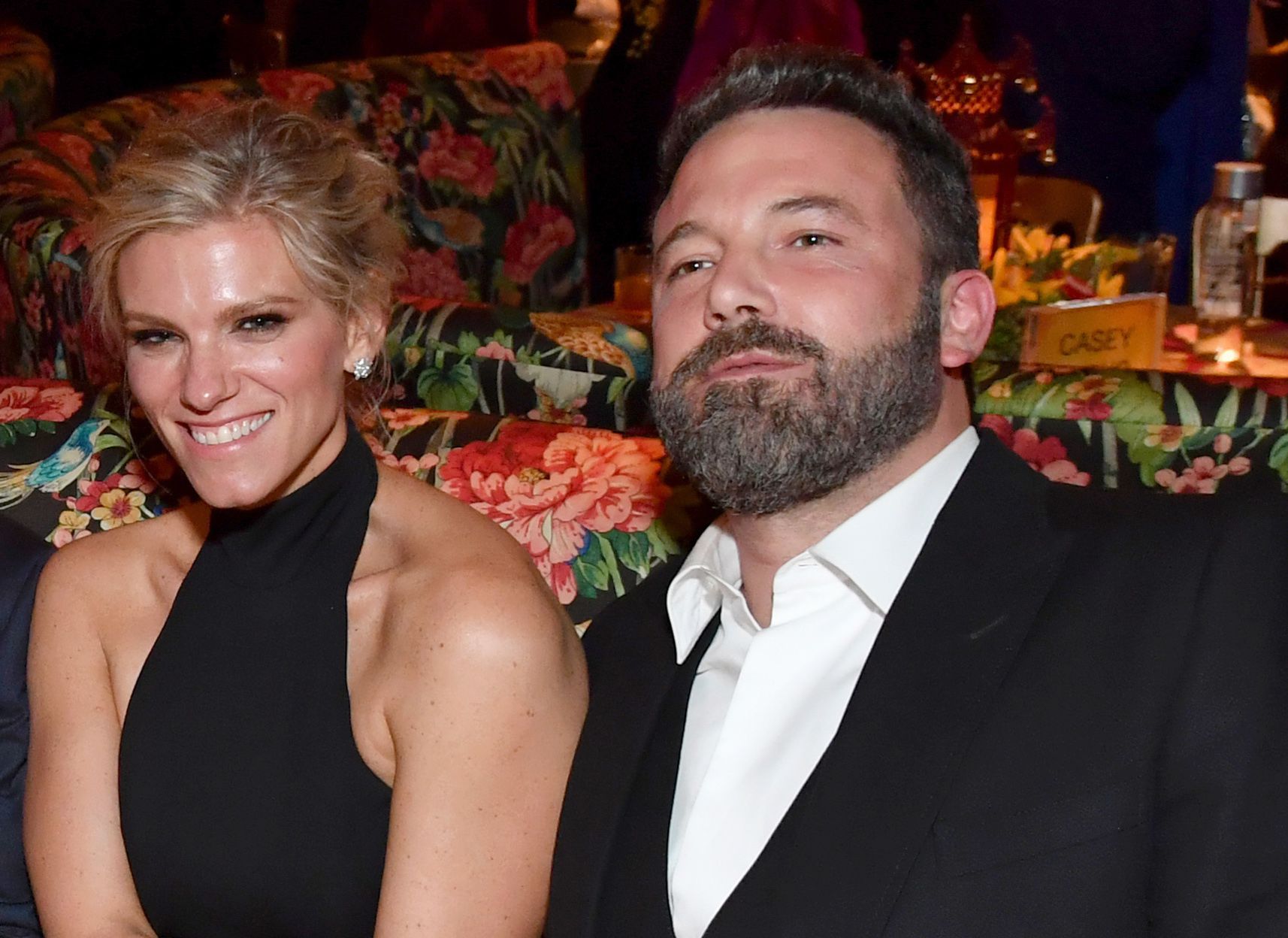