5 People Who Made The World A Better Place

We live in a highly tumultuous world. As many calls for “peace” as there are, there seems to be way more hate, conflict and wars going on all around the world. Even in our day to day lives, we come across people who just seem to be mean. No one seems to have the time to offer even a smile or a kind word to anyone else.

All of this can lead to us feeling like the world is tumbling down a dark path, where humanity is lost and people are more self-centered. But once in a while we learn of some person doing something kind for someone else that restores our faith in humanity.

These people didn’t move mountains, nor did they end wars, but they did make the world a better place. One kind act at a time. And reading about how their actions made such a difference in another person’s life should be inspiration enough for each and every one of us to do the same. Even if we aren’t able to take it to the extent of some of these precious souls, a kind act, or even a smile can make a difference in someone’s day.

Here are 5 people who made the world a better place.

The stereotype of a typical biker would leave you imagining a rough brute who is rude and dangerous. In other words, someone you would never trust your child to. But the organization of Bikers Against Child Abuse is using their intimidating image to do just the opposite.

They help victims of child abuse by making them feel safe. It makes them feel good to know that someone larger than the “big person” hurting them is on their side. They offer emotional support, but also physical. If the victim has to testify in court and face their abuser, they go along and sit in the front row. This group of incredible men and women are a shining light in the face of tragedy. This organization has local branches in several cities in the US and across the world. 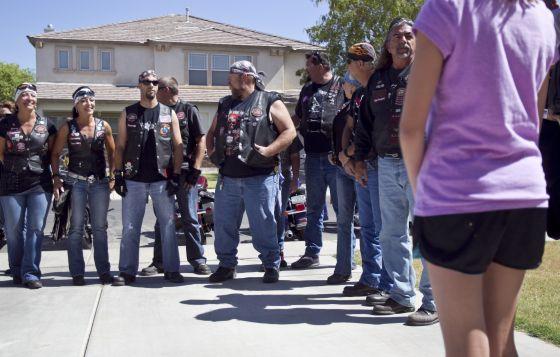 In 1972, Lou Xiaoying and husband Li Zin lived in poverty, making a sparse wage by recycling rubbish. They lived in Jinhua, in the eastern Zhejiang province of China. Here, children (most oftenly girls) would often be abandoned on the streets and in garbage due to extreme poverty and societal issues, and it became such a common sight that people would just pass by without a second glance.

But Lou couldn’t bare to do the same. She first rescued a baby girl in 1972 from the garbage, and later adopted her. She has since adopted 30 babies, every one of them who had been abandoned, even though they were barely scraping by as is. Li Zin passed away 18 years ago, but Lou Xiaoying is now 88 years old and suffering from heart and kidney failure. An online fundraiser collected funds to help in her treatment. 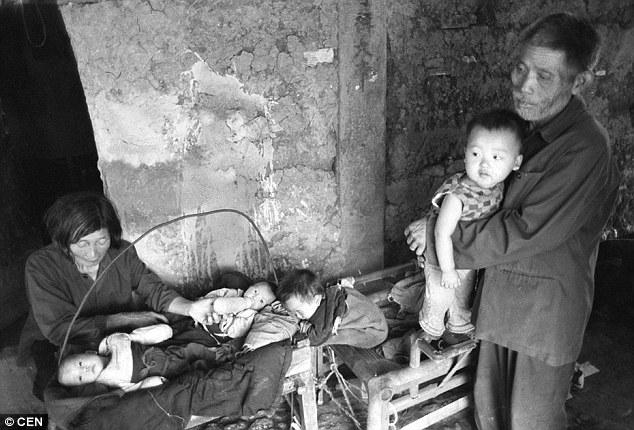 Chris Hooley is a businessman from Pheonix, Arizona. His life changed when he showed his 11 year-old daughter, Kaylee, a viral video about helping homeless people and making them smile. Inspired by the video, Kaylee then set up a fully-fledged non-profit organization called reKindle with her father’s help, dedicated to helping homeless people.

The father and daughter duo, along with their team of volunteers has hosted over 18 street events in their home city, where they fed and handed out things like clothes and toiletries to homeless people. They also post videos of their efforts, which are ever expanding, on YouTube. 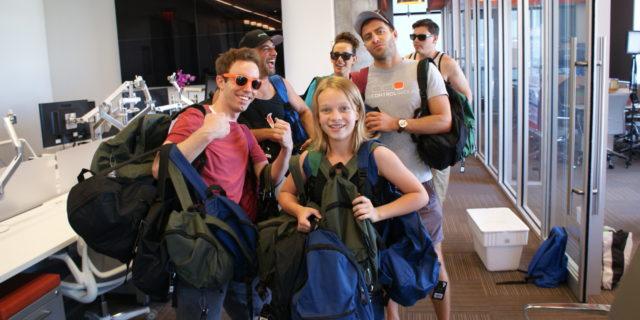 Adopting or fostering a child is a major responsibility, financially and emotionally. That’s why most people would not even consider taking in terminally-ill children that they know is going to end up dying.

Not Mohamed Bzeek. This Libyan-born American Muslim takes in children with extreme defects, and takes care of them. He is the only foster parent in the county who will accept these children. In his 2 decades of fostering, he has buried 10 children, many of whom passed away in his very arms. He now cares for a bedridden 6-year with a rare brain defect that leaves her blind, deaf, and paralyzed in her arms and legs.

“I know she can’t hear, can’t see, but I always talk to her,” he said. “I’m always holding her, playing with her, touching her. … She has feelings. She has a soul. She’s a human being.” 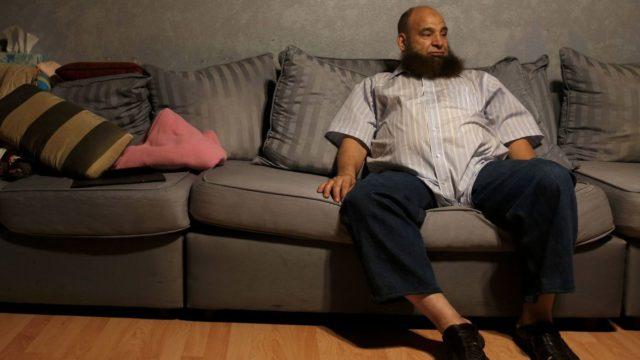 It’s not as common seeing a girl pursue education and career in science, technology, engineering, and math or STEM fields, even today. Even young girls with interests are often discouraged, and guided towards a more “suitable” path.

Supriya Hobbs and Janna Eaves, students at University of Illinois, teamed up to change the narrative. They designed a set of dolls of famous women in sciences, as well as interactive games to teach young girls about these women and inspire them. They say that these fields need more women in them, and they want to help do that.

“It’s about doing what you want to do and what you’re passionate about, and going for it and not letting anyone tell you you’re not good enough or your gender is going to hold you back,” Eaves told Huffington Post. 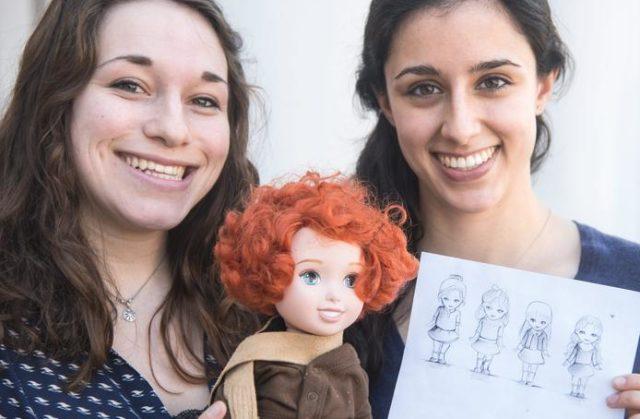